Robin was everything a herd sire dam should be and more.  Her offspring have proven themselves to be very competitive in the show ring as well as production!  At the 2007 ADGA National Show, Robin was third place Three Year Old and won production awards for Highest 305 Milk and Highest 305 Butterfat and she was also a part of Blissberry’s 3rd place Dairy Herd.

Cal is a beautiful buck who is much like his dam (including her gorgeous head!), being incredibly tall and upstanding, long bodied and level over the topline. He also exhibits tremendous dairy strength with angularity throughout, openness of ribbing, and flatness of bone.

Offspring of Robin to Remember (Maternal Siblings to McDreamy):

Pedigree for *B BlissBerry CR McDreamy 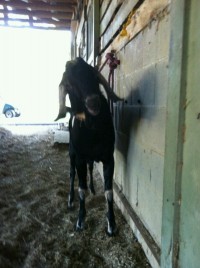 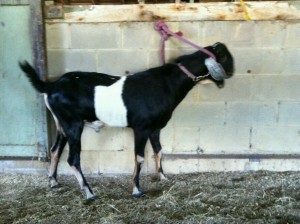 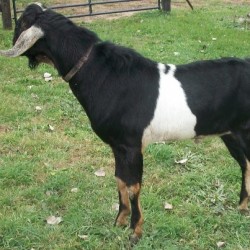 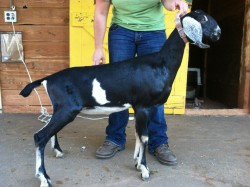 Covid-19: We are open and all orders are being shipped out within the normal timeframe. We are experiencing slower USPS transit for some packages, please check your tracking link for updates. We are following additional safety protocols while handling products. Dismiss